This excerpt focuses on the relationship between Del and Tolemius, a relationship that has existed since before the start of Dark Empire. It’s important to reintroduce the characters, to describe them and how they tie together in each new book of the series. While I think it’s unlikely that someone will pick up Book 2 without having read Book 1, it may have been a while since they last read it (especially, unfortunately, at the pace I write), so it’s helpful for the returning reader to get little reminders to make reading the new book easier. It’s also not necessary to provide exhaustive physical descriptions of each character, but a few hints

Here you’ll find that I try to bring up different aspects of their characters, including Tolemius’s worst fears and Del’s hobbies, while still trying to show the newness of their relationship. The central conflict and other important players also show up here, in this first scene of Book 2 (still untitled). 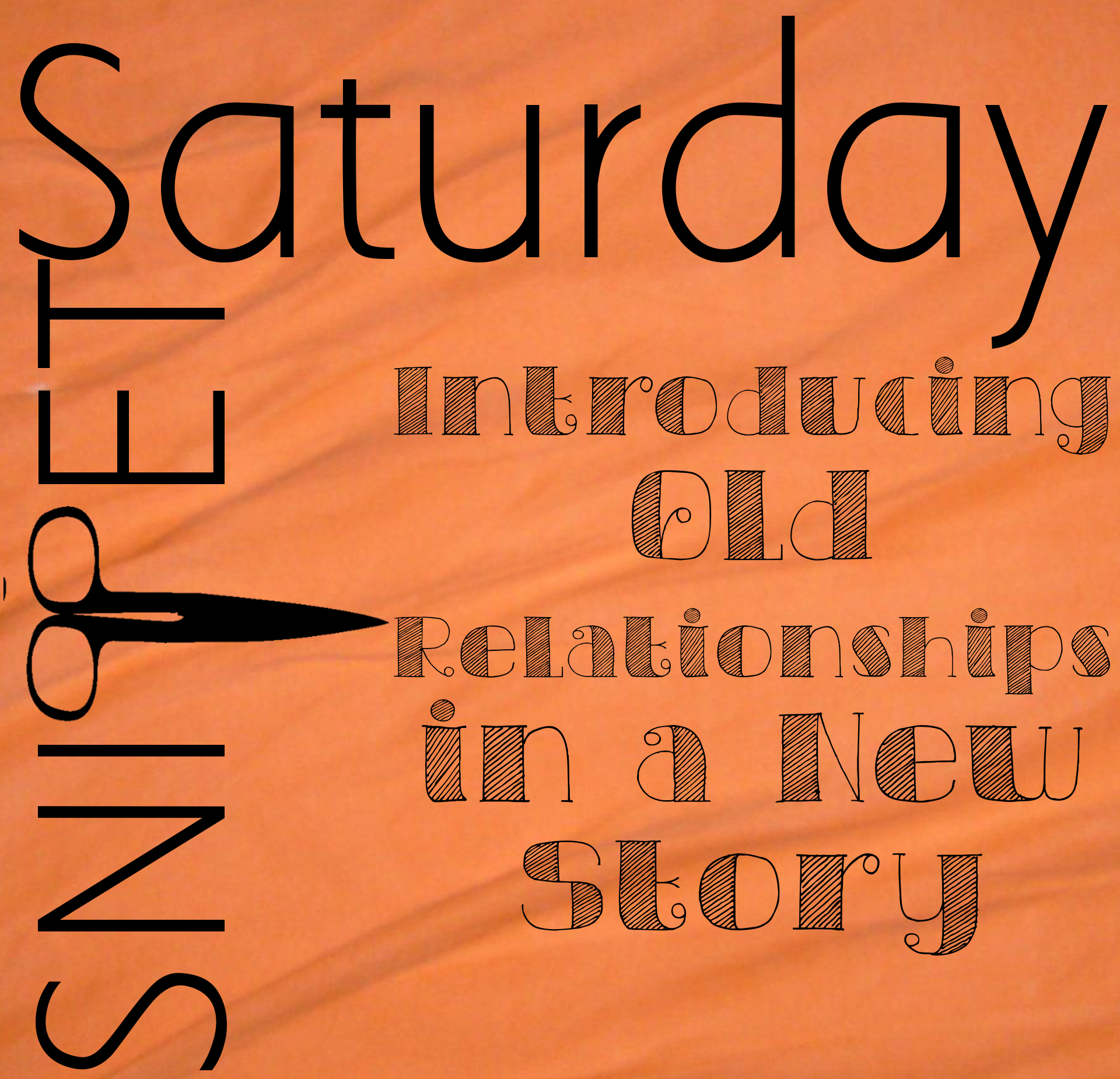 Del tried not to huddle into the warmth of his strong form. The fever left her with a chill the heavy cloak hadn’t been able to overcome. “[The healer] Unimir has exhausted his magical reserves trying to heal me,” she said. “He can’t do any more. I’ll have to weather the rest a while longer.” She imagined Tolemius frowned behind her. Del knew he hated feeling powerless, particularly in the face of illness. Her heart warmed at the thought that he worried so on her account, despite the trouble she’d caused him since their betrothal and the dangers they had both faced on their travels into Worvanz.

“Miran or the count should be able to counter the effects of the poison once we reach Jelnan,” Tolemius muttered. Whether he tried to reassure her or himself Del couldn’t tell.

“Then we best make haste,” she said. She longed to see her brother again, to know he was safe in these magic-barred lands. What a prize Miran’s power would be for the mage-hunters! As much as Del longed to return to Jida, her desire paled next to the urgency to protect her younger brother from the evils she had seen in Worvanz. [spoiler deleted]

Neither her own magic nor Unimir’s had reached its peak since leaving Canveris, and they both kept draining what reserves they built in an effort to conquer the powerful toxin her captors had used while interrogating her and trying to steal her magic. Neither of them possessed enough magic to overwhelm the poison, which seemed to absorb their power with only the slightest improvement to show for it. Combined with the exhausting cycle of short euphoria followed by a lengthier downward spiral, Del felt no better, and possibly worse, after each healing session. She shivered again, not with cold but with remembrance of the mage-hunters’ cruelty and the terrifying magnetic crystals they used to steal magic. Mistaking her shiver for cold, Tolemius’s arms tightened around her in response, though he was careful not to press against the myriad half-healed injuries she still bore. Del knew his strength—he had lifted and carried her on more than one occasion recently—and was grateful for his restraint.

Del ran a gentle hand over the horse’s mane. “Will you let him run, just for a moment or two, my lord?”

Tolemius surprised her by tucking the reins into her hands. The heat of his breath tickled her ear. “As you will, my lady, but be mindful he carries two riders.”

Del nodded, scarcely needing the reminder. The hostler on her father’s estate had her riding nearly before she could walk, and his lessons on caring for her mount had served her in good stead in the years since she’d been campaigning with the Royal Militia. Pressing her knees to the horse’s flanks, Del exhaled as he responded eagerly, streaming past the other riders effortlessly. Del closed her eyes for a moment, breathing in the dry wind and imagining she was flying.

In writing Dark Empire, I uncovered a tendency to leave all the description out, and at times I still fear telling (rather than showing) the reader too much. Here I’ve tried to balance out the telling by using shorter phrases that still summarize events from the previous story without giving away too many spoilers for folks who haven’t yet read Dark Empire. I find it easier now to write in description and feeling in my first draft: over the few days that I’ve worked on the introductory scenes, I’ve only rarely gone back and added feelings and description.

After the harrowing experience of fleshing out Dark Empire from a first draft of <35,000 words to a final draft of x with only three additional scenes, I can tell you that having to shoehorn description and character feelings into an existing manuscript can feel redundant. It’s really refreshing to build here in the first draft knowing I’ve provided enough detail the first time around. While I don’t doubt that some parts of the story will change as I finish this book, I do have confidence that introductory scenes will still contain a lot of the same detail they have here.

What do you think of this first glimpse at Del and Tolemius?