Many moons ago, I promised you a review of Rogue One. Then a bunch of stuff happened, and when I got up today and realized it was #StarWarsDay, it seemed like a good time to finally put my review on paper.

Let me preface by saying that Rogue One may be my very favorite Star Wars film. I loved the storyline, the character Jyn Erso and the [spoiler alert] doomed mission. I mean, come on, none of these characters made it to the next (first) film, so obviously (or 2/3 through the movie, if you’re me) you figure things are going to end tragically. 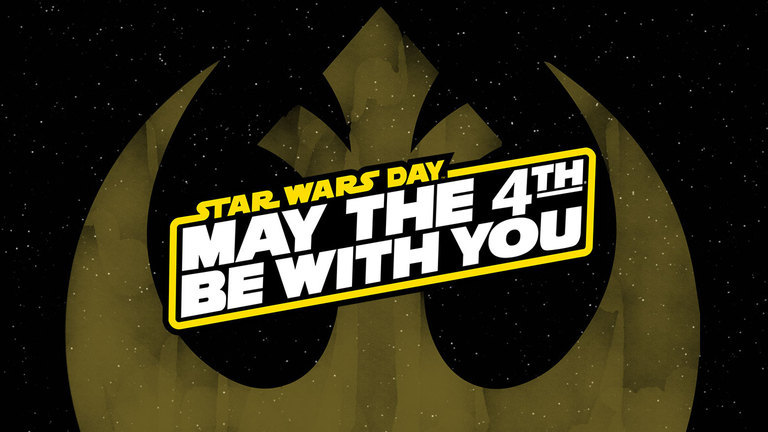 Of course, I’m a sucker for a strong warrior heroine type, and Jyn’s passion for avenging her parents offered me satisfying character motivation. Her recognition of the file name being her nickname, her belief that her father wasn’t a traitor, the too-obvious dying breath reunion…all of this was sentimental tripe that I totally ate up.

But the movie passes the Bechdel Test, in which two named women talk to each other about something other than a man, and Jyn kicked plenty of Imperial butts without being belittled or overshadowed by other characters.

Let’s not forget dreamy Captain Cassian Andor with his much-lauded casting, given that his accent had nothing to do with his character and everything to do with making a lot of people flock to see a film in which a character looked AND sounded like them (bravo, Disney). Of course, he doubted Jyn, didn’t trust her, planned to sabotage her mission, and unwittingly fell for her before dying with her in a spectacular nuclear blast. #romance

It’s on the topic of casting that I think Disney made an incredible political statement:

Another aspect of Rogue One that I liked was the intricacy of the plot—if you stopped paying attention for even the briefest moment, you probably missed something critical.

I liken this to a good novel—if you see something mentioned more than once, it’s probably important. And it’s probably why reading mysteries is no longer the challenge it could be. #writerproblems

The idea of a reprogrammed droid, an Imperial droid, becoming a staunch Rebel, secondary to Bodhi Rook’s defection from the Empire, also scored high on my interest level. People can change their minds, they can do the right thing, and they can sacrifice everything for a cause they come to believe in.

Without Bodhi Rook, there would have been no story—Jyn wouldn’t have been compelled to prove her dad wasn’t a traitor, the Rebels would have known little to nothing about the Death Star, and we would have the Empire crushing all their enemies forever until they proceeded to take over Earth.

And a little faith and a lot of belief can help even non-believers come to the fold. We’ve seen both good and bad examples of that in recent and not-so-recent history. Bodhi’s fear and courage critically impacted the plot of this story.

Finally, I wanted to appreciate the realness of each of the characters. We weren’t just fascinated by Jyn and Cassian and a random droid. All the rest of Rogue One’s crew was there for a reason, had their own dreams and fears, and fought a special battle of their own. They were each heroes of their own stories, not stagnant caricatures filling space in a plot.

May the Fourth be with you. If you’ll excuse me, I have to put on my Star Wars shirt and flip on the movies now.

NOTE: Star Wars is owned by Disney since they acquired Lucasfilm (duh). I borrowed this image from starwars.com. It’s not mine, nor are any of the characters from the Star Wars franchise mentioned in this blog post. I’m not trying to break their copyright/trademark/ownership, etc. in any way, nor do my views stated in any way reflect the views of Disney. Please don’t sue me. I’m just a big fan writing about a movie I really loved.