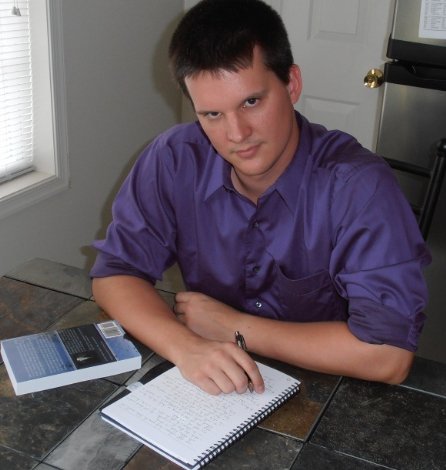 Today’s post comes to us from the author of Danger Close. Robert D. Marion is the pen name for an author who spends his nights and weekends crafting action thriller novels and short stories. He and his family live in the Northern DC suburbs.

Robert graciously offered to share his writing experiences and provide tips on finishing that first novel.

Let’s start this discussion off with something I find very apt:

“There are three rules for writing a novel. Unfortunately, no one knows what they are.”

Giving advice on how to complete a novel is a lot like the blind men leading each other around. No one truly understands what works. We have fancy words for mechanics and voice and plot and structure. But, in reality, there is no set formula for producing a novel that always works – if such a formula did exist, then computers could write best-sellers.

We, as readers, don’t know why something works. We can just immediately identify what doesn’t work. But that doesn’t scare you away, right? Of course, not. Because you’re a writer. And writers write. That’s just what we do.

Now you’re ready for that next level. You have played with short stories and flash fiction. You’ve tried writing a novel before, but it’s fizzled. You might even have a notebook full of outlines of stories just waiting to be realized. But the idea of writing a whole novel, much less a series? Daunting, isn’t it? 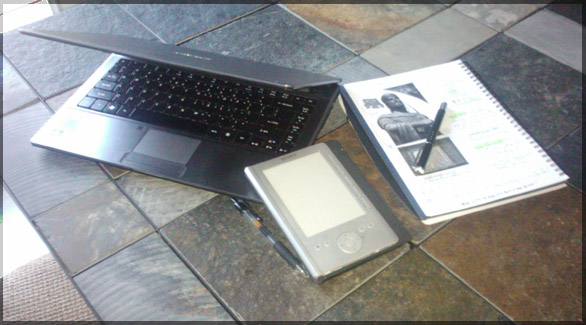 So as you’re thinking about taking the plunge of writing that first complete book, keep these ideas in mind:

Write a book, not a series

You mention writing books, and your mind might go to a successful series like Harry Potter, Twilight, The Hunger Games, or The Girl with the Dragon Tattoo. And rightly so. The industry is geared toward book series as its biggest money-makers. Reinventing the wheel is hard, and people like reading more about a character they’ve grown attached to.

But for now, put that out of your mind. Save your outlines for the Next Big Series and put it away. You don’t want to touch it right now. You cannot write a trilogy of books if you don’t know how to write one book. So do your great idea a favor and save it until you’re ready to write it.

Rome was not built in a day. Suzanne Collins did not start her writing career by writing The Hunger Games. She worked her way up to that series by learning what works (and what doesn’t work) on other books. Even my favorite author (*cough idol cough*) who currently writes an action-thriller spy-agency series started his writing career on a small adventure story. It’s all about growing into your craft.

So we agree that you should start off by writing one book. Before you even pen the first word, keep something in mind:

Forget about publishing this book

That’s right. Forget about it. Taking your book and showing it off to the world should be the absolute last thing on your mind right now. In fact, find a way to get it out of your mind. Trust me.

The rationale is simple. For the time being, publishing is not your purpose. Your purpose is to write. To finish that novel. To learn how to finish that novel. To finally be able to put “THE END” beneath a massive wall of text that you conjure out of thin air. In all honesty, as I’ve mentioned before, it is highly unlikely that your first novel will ever sell anyway.

Why? Because you’re learning.

You’ve never written a novel before, remember? You’re figuring out how to do that right now. You’re going to get pieces wrong. It’s going to be ugly. Things won’t make sense, and there is absolutely nothing wrong with that. Remember – this isn’t meant to be published, so make all the mistakes you want! Nobody has to see this but you.

Which leads me to my next point…

Remember: It doesn’t have to be perfect

Guess what? Even after you’ve written a half-dozen novels and you think you have it all figured out (even to the point where you’re giving writing advice on other peoples’ blogs!), your first drafts still suck. All of them.

That’s why these manuscripts are called “first drafts”. Right now, as you’re writing that book, your job is to get your thoughts on paper. That’s it. Mold your world into what you want. Have fun with it. Play. Explore ideas you’ve never thought about before until you start writing.

Who cares if it doesn’t make sense on the first draft? Just keep writing. Get everything on the page, and when it is all said and done – and not a minute before – then start wondering about mechanics and flow.

Remember where you are. Remember your purpose. Right now, your purpose is to write. Not to type out a flawless jewel on your very first go-round.

Turn off your editor

This is an essential part of writing. It’s also hard as hell to live by.

Writing goes in phases. Phase One is writing. Phase Two… well, who cares about Phase Two right now. I’m serious. Forget about what comes after.

What you’re doing right now with your brand-new novel? Writing it from scratch? This is the fun part. This is where you can be creative. Don’t ruin it by constantly trying to clean up what you’ve written. Now is not the time for that. Let me say that one more time:

Do not edit your work while you are writing it!

When you edit, you’re enforcing consistency. Consistent style. Tone. Flow. Grammar. Structure. Yadda yadda yadda. It’s a very mechanical way of thinking, and frankly, it gets in the way of the creative process. Besides, how can you edit your work to be consistent with more work that hasn’t been written yet?

Keep writing. Read over your previous chapter if you have to in order to get back into the flow of things. But do your best not to change anything. Don’t ruin the writing experience for you now. You’ll edit this book so much later on that you’ll be sick of it. For now, just enjoy where you are in this process.

Get on Twitter. Tweet that you’re writing, and check it every so often when you hit a rough spot. Or better yet (so you’re not distracted), tweet about your writing once you’re done.

Join Nanowrimo. Even if you don’t finish the first time, just join. The very idea of Nanowrimo supports what I’ve been saying this entire blog – “Just Write”.

You never know. You might convince one of them to try their hand at writing. Something you would be able to offer advice about. You only have to be one step ahead of someone else to guide them.

3 thoughts on “How to Survive Your First Novel”