It’s a little early for a Word Wednesday, but the universe conspired to inspire me today.

Today’s AWAD is “belfry,” which originates from a word for siege tower or watchtower, although it finally came to mean bell tower (or head) because people mistook the spelling of the original “berfrei” to refer to the bells on the watchtower.

During this morning’s commute, I came across “mortar” in my reading.  Since the word was mentioned while the character was approaching a fort wall, I thought the author meant the bonding material holding the bricks or stones together, but then he mentioned “artillery” as an alternative word for the mortar, so I had to look up the word for clarification.  And…

Definition #2 for “mortar”: “a cannon with a relatively short and wide barrel, used for firing shells at a high angle over a short distance.”

They had me at “cannon.”  Every time I go somewhere (fort, battleground, museum, etc.) that has a cannon, I have to stop and take a picture.  Blame it on my fascination with everything medieval.  I’ve hauled K, and now T, to forts on vacation and forced them to look at random rusting cannons every chance I get.  Poor T’s first picture (pictured) with a cannon was in Savannah when we visited last summer, and she’s asleep in her red stroller (not pictured). 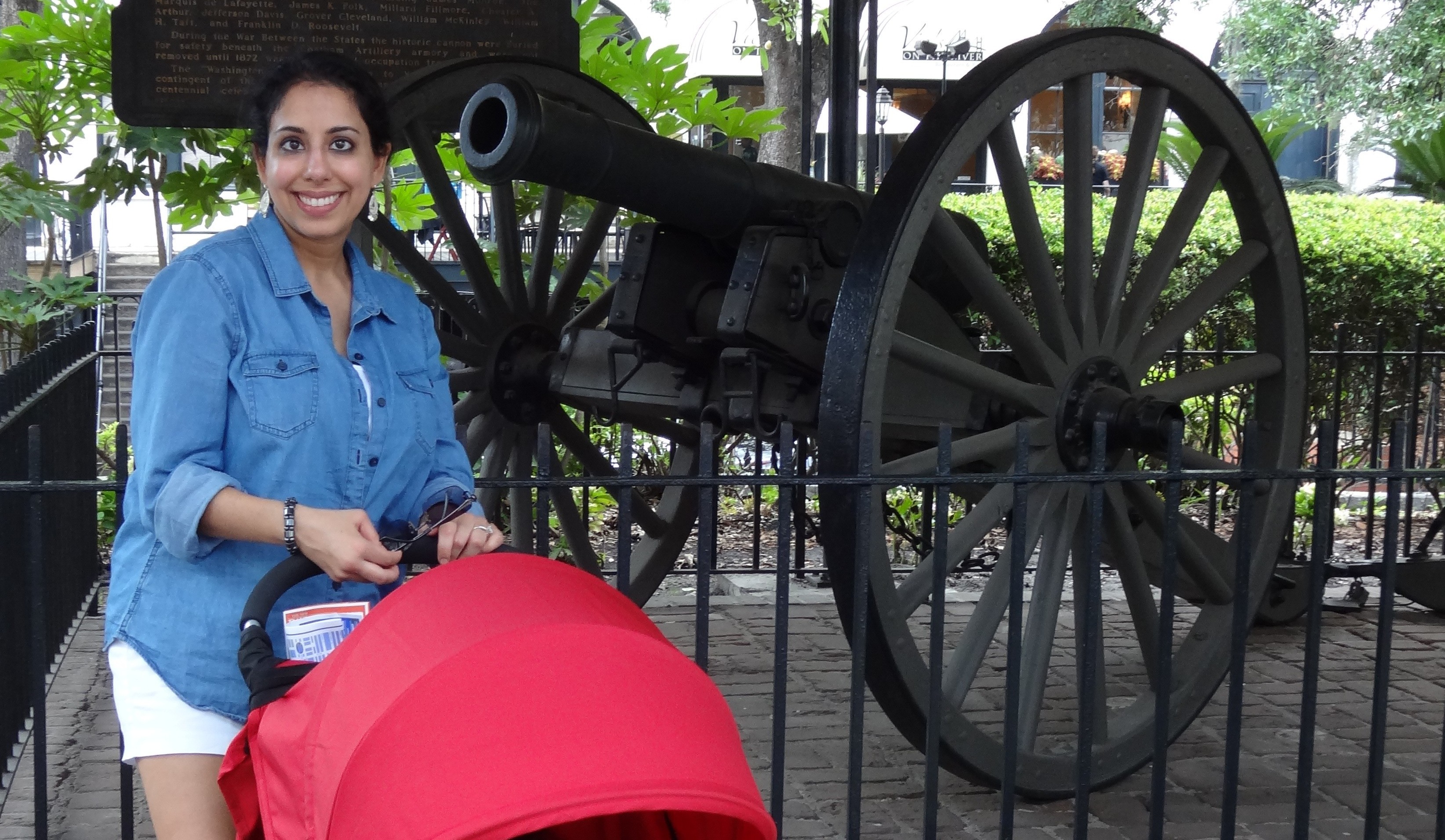 One of my favorite nursery rhymes to sing to her even involves a cannon, though most people picture an egg when they hear about Humpty Dumpty.  There appears to be some debate about the origins of the nursery rhyme, but the (apparently debunked) version I like suggests that Humpty Dumpty was a wall-mounted cannon: when the wall was damaged, all the king’s horses and men couldn’t repair the cannon to use it again in battle.

Humpty Dumpty also appears in Lewis Carroll’s Through the Looking Glass, where he makes this rather preposterous comment:

“When I use a word,” Humpty Dumpty said, in rather a scornful tone, “it means just what I choose it to mean—neither more nor less.”

While I can’t condone Humpty Dumpty’s blatant disregard of words’ meanings, I’m glad I had the opportunity to expand my vocabulary with “mortar” today.  Are there any words that you thought you knew the definition for, only to be surprised later?