A brief and rather censored excerpt from Book 2 (still untitled) where I’m still debating whether to introduce a permanent character. I’m afraid this character’s purpose will be too much telling and not enough showing, but I can also argue for this character furthering the plot quite effectively. Perhaps it’s time to make a pro/con chart to help with my decision. 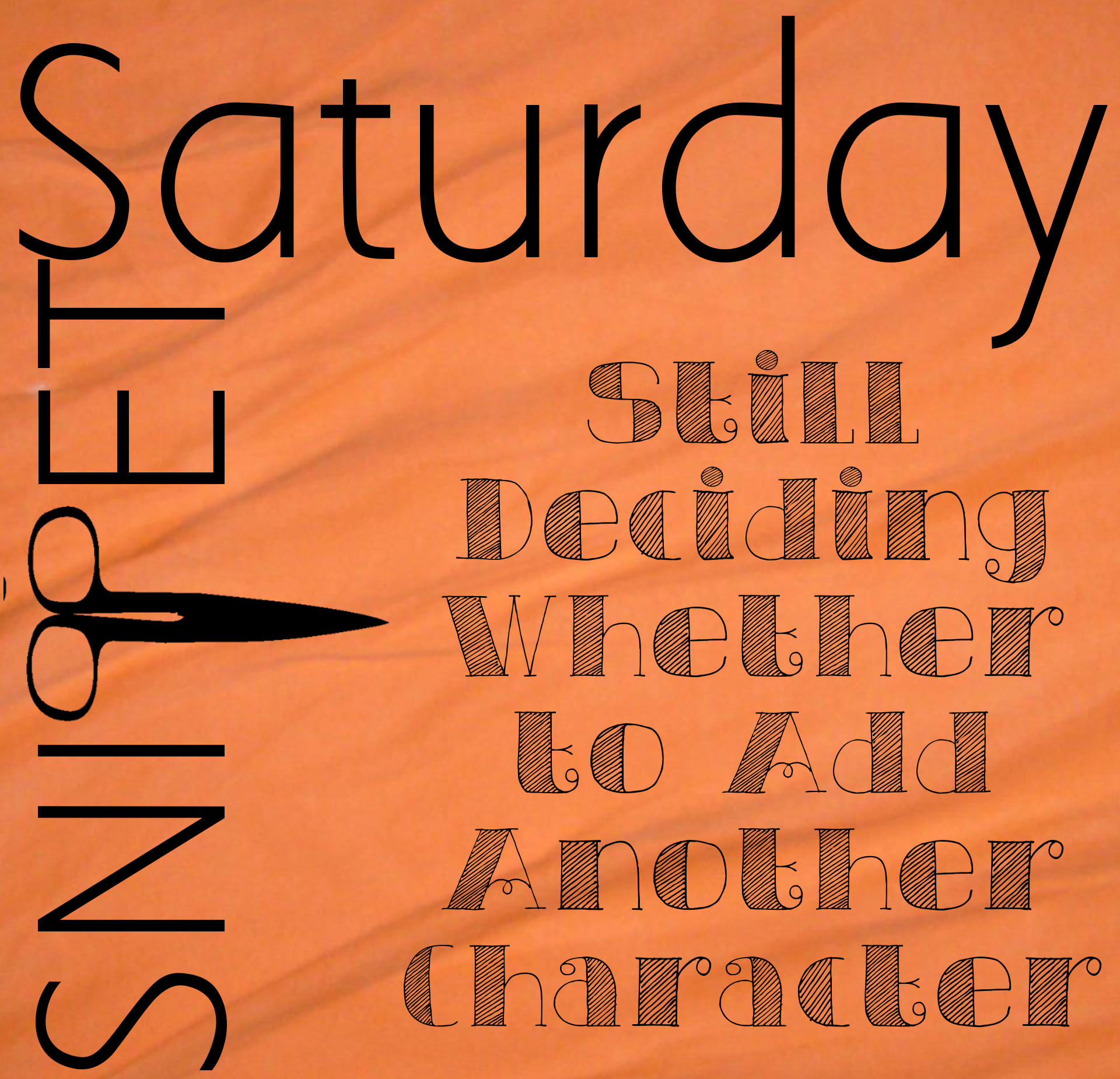 “She smells of a magic known to us. We’ve tracked you since you stepped onto the path. How came you by this otherworldly magic?”

Del eyed the [character] doubtfully. “I bear but little magic, and my stores of that are sadly depleted.”

[spoiler deleted] “Your blood reeks of magic, and not the weak human sort. This magic consumes yours, gorges upon it. How can you not sense it?”

I’ve used the list method before to help decide whether to keep another character (GONE) because I couldn’t find a way to keep the character’s story arc alive through the entire book. A character without a solid reason to be in the story should be eliminated, especially in stories with large casts. Wherever possible I try to reuse the few soldiers from Del’s company that I’ve already named, even though I theoretically have 80 of them from which to choose. Imagine the confusion I could create!

A brilliant series I was reading (well, it was brilliant until the last awful book) did a sad job building character arcs for secondary characters, and it left me disappointed, so I’ll not tell you the title of the series here.

Is there a book you’ve read with a critical secondary character that you really loved? Two examples that immediately come to mind are Templeton the rat from Charlotte’s Web and Harriet from Emma. Both characters were secondary but still essential to the plot.